​Daniel’s Fourth Vision 534 BC: Israel in the Last Days Under the Antichrist – Time and Place

1 In the third year of Cyrus king of Persia a thing was revealed unto Daniel, whose name was called Belteshazzar; and the thing was true, but the time appointed was long: and he understood the thing, and had understanding of the vision.

-“…and the thing was true, but the time appointed was long:…” has reference to the fulfillment of this vision being in the far distant future, at least from Daniel’s day. In fact, it will be fulfilled shortly.

2 In those days I Daniel was mourning three full weeks.

-It is thought that this vision was given about 5 years after the vision of the seventy weeks of the previous chapter.

3 I ate no pleasant bread, neither came flesh nor wine in my mouth, neither did I anoint myself at all, till three whole weeks were fulfilled.

-There are some who argue that Daniel was on a total fast. In other words, abstaining from any food whatsoever. However, the phrase, “no pleasant bread,” seems to indicate otherwise, meaning that he was on a partial fast with his diet being vegetables, which is the same thing he ate in Chapter 1 when presented to Melzar (Chapter 1:5, 8, 12-16)

4 And in the four and twentieth day of the first month, as I was by the side of the great river, which is Hiddekel;

-The Hiddekel is the modern Tigris River.

Vision of The Messiah

5 Then I lifted up mine eyes, and looked, and behold a certain man clothed in linen, whose loins were girded with fine gold of Uphaz:

-The similarity of the apparitions in verses 5 and 6, and in Revelation 1:13, 16, suggest that it was Emmanuel Himself Who appeared to Daniel.

6 His body also was like the beryl, and his face as the appearance of lightning, and his eyes as lamps of fire, and his arms and his feet like in colour to polished brass, and the voice of his words like the voice of a multitude.

-I think there is no doubt that this is a pre-incarnate appearance of Christ. And “…the voice of a multitude.” means thunder.

The Effect of the Vision

7 And I Daniel alone saw the vision: for the men that were with me saw not the vision; but a great quaking fell upon them, so that they fled to hide themselves.

-Even though these companions “…saw not the vision;…” they still greatly felt the power of the presence for “…a great quaking fell upon them,…” This means they were terrified.

8 Therefore I was left alone, and saw this great vision, and there remained no strength in me: for my comeliness was turned in me into corruption, and I retained no strength.

-The phrase “…for my comeliness was turned in me into corruption,…” underlies the true meaning of this passage. When our righteousness is compared with that of Christ’s, there is truly no comparison. Remember Isaiah 6:5, “…Woe is me! for I am undone;…”

-This is the same reaction that Daniel had upon the appearance of Gabriel concerning the vision of Chapter 8. The experience of Peter, James, and John on the Mount of Transfiguration, was similar. They were slain in The Holy Spirit.

10 And, behold, an hand touched me, which set me upon my knees and upon the palms of my hands.

-Even though the scripture is unclear, it seems that the hand that touched Daniel was not necessarily the hand of Christ of verse 5 and 6. Every implication is that it is Gabriel’s.

11 And he said unto me, O Daniel, a man greatly beloved, understand the words that I speak unto thee, and stand upright: for unto thee am I now sent. And when he had spoken this word unto me, I stood trembling.

-The message that Gabriel is about to give Daniel will be the concluding vision and will actually tie all the other visions together.

12 Then said he unto me, Fear not, Daniel: for from the first day that thou didst set thine heart to understand, and to chasten thyself before thy God, thy words were heard, and I am come for thy words.

-“…from the first day…” speaks of his petition to God and his effort to understand God’s purpose concerning His people. Then God commissioned Gabriel to come to him.

13 But the prince of the kingdom of Persia withstood me one and twenty days: but, lo, Michael, one of the chief princes, came to help me; and I remained there with the kings of Persia.

-“…the prince of the kingdom of Persia…” refers to an evil angel appointed by satan to control the Persian government, which. of course, was done without the knowledge of its earthly king. This passage appears to reveal that satan places an agent in charge of every nation (fallen angel). And if so, this may explain national hatreds and national movements. Similarly, God has His angelic agents operating in opposition to satan’s. The conflict of Ephesians Chapter 6 and the battle of Revelation Chapter 12, harmonize with this supposition.

Object and Subject of the Vision: Effect on Daniel

14 Now I am come to make thee understand what shall befall thy people in the latter days: for yet the vision is for many days.

-“…what shall befall thy people…” refers solely to the Jews (Daniel 9:24; 12:1). Therefore, the Gentile nations are included but only as they affect Israel and only as Israel is ensconced in her land and offering sacrifices in the temple. In fact, this temple will soon be built.

15 And when he had spoken such words unto me, I set my face toward the ground, and I became dumb.

-Quite possibly the many times mentioned concerning the vision being fulfilled in the latter days is because Daniel may have thought that these things would happen shortly with Israel ultimately being restored to her place and position of power and supremacy.

16 And, behold, one like the similitude of the sons of men touched my lips: then I opened my mouth, and spake, and said unto him that stood before me, O my lord, by the vision my sorrows are turned upon me, and I have retained no strength.

-Quite possibly, this was Christ because Daniel addressed Him as “O my lord,”

17 For how can the servant of this my lord talk with this my lord? for as for me, straightway there remained no strength in me, neither is there breath left in me.

-The implication is that it is not the vision alone causing the physical weakness, but rather the very presence of Christ.

18 Then there came again and touched me one like the appearance of a man, and he strengthened me,

19 And said, O man greatly beloved, fear not: peace be unto thee, be strong, yea, be strong. And when he had spoken unto me, I was strengthened, and said, Let my lord speak; for thou hast strengthened me.

-It seems that this is The Lord in a pre-incarnate appearance actually speaking to Daniel.

The Prince of Grecia

20 Then said he, Knowest thou wherefore I come unto thee? and now will I return to fight with the prince of Persia: and when I am gone forth, lo, the prince of Grecia shall come.

-It seems that now Gabriel, once again, picks up the conversation. And “…will I return to fight with the prince of Persia:…” did not mean that he would leave immediately, but when the vision was completed, he would resume the conflict with the satanic prince. “…and when I am gone forth, lo, the prince of Grecia shall come.” refers to Gabriel ultimately being successful in this conflict, allowing the satanic prince to bring in the Grecian empire. This would take place less than 200 years in the future. The prince of Grecia is not an earthly prince, but instead a fallen angel working under the direct instructions of satan who would control the Grecian empire when it did come into being. It was this evil prince which helped Alexander the Great conquer the known world of the day, although without his knowledge. This prince is now confined to the underworld but will be released in the last days in order to help the antichrist (Revelation 17:8-14). It is the same presently with fallen angels controlling entire nations (Ephesians 6:12).

21 But I will shew thee that which is noted in the scripture of truth: and there is none that holdeth with me in these things, but Michael your prince.

-The “scripture of truth” refers to the dream originally given to Nebuchadnezzar (Chapter 2:39) which showed these empires as well as the two visions already given to Daniel as noted in (Daniel 7:5-6; 8:3-8). “…and there is none that holdeth with me in these things, but Michael your prince.” denotes the truth that as these fallen angels reigned supreme over certain empires, Michael served in the same position over Israel, and in fact, still does. 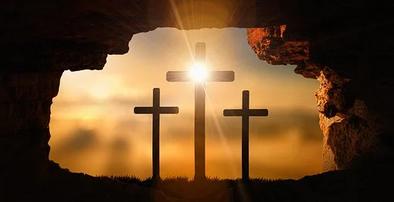