1 Nebuchadnezzar the king made an image of gold, whose height was threescore cubits, and the breadth thereof six cubits: he set it up in the plain of Dura, in the province of Babylon.

-According to the Septuagint, Nebuchadnezzar built the image of gold in the 18th year of his reign, about a year before he burned Jerusalem, 586 BC. Daniel and his friends had been in Babylon now for nearly 20 years. The erection of this image was approximately 15 years after the events of the dream and its interpretation. This illustrates the darkness and incurable rebellion of the natural heart. It proves that, apart from a spiritual birth, no circumstances, however powerful, can teach man to know and worship God.

-There is some indication that this group of notables also included all of the conquered nations.

4 Then an herald cried aloud, To you it is commanded, O people, nations, and languages,

5 That at what time ye hear the sound of the cornet, flute, harp, sackbut, psaltery, dulcimer, and all kinds of musick, ye fall down and worship the golden image that Nebuchadnezzar the king hath set up:

6 And whoso falleth not down and worshippeth shall the same hour be cast into the midst of a burning fiery furnace.

-Satan not only demands worship, and in many and varied ways, but also attaches a penalty to all those who will not obey. Actually, only a tiny few refuse to obey.

7 Therefore at that time, when all the people heard the sound of the cornet, flute, harp, sackbut, psaltery, and all kinds of musick, all the people, the nations, and the languages, fell down and worshipped the golden image that Nebuchadnezzar the king had set up.

-This passage indicates that all the leaders from the conquered nations from all over the Babylonian empire were brought in.

Shadrach, Meshach, and Abednego on Trial for Disobedience

8 Wherefore at that time certain Chaldeans came near, and accused the Jews.

-“…accused the Jews” was pointed more particularly at Shadrach, Meshach, and Abednego but actually pertained to all Jews.

9 They spake and said to the king Nebuchadnezzar, O king, live for ever.

10 Thou, O king, hast made a decree, that every man that shall hear the sound of the cornet, flute, harp, sackbut, psaltery, and dulcimer, and all kinds of musick, shall fall down and worship the golden image:

11 And whoso fillet not down and worshippeth, that he should be cast into the midst of a burning fiery furnace.

12 There are certain Jews whom thou hast set over the affairs of the province of Babylon, Shadrach, Meshach, and Abednego; these men, O king, have not regarded thee: they serve not thy gods, nor worship the golden image which thou hast set up.

-Upon reading this narrative, one may think that these proceedings only related to the swollen ego of this monarch. While this, no doubt, strongly entered into the proceedings, still, this entire scenario pertained to the supremacy of Babylon and the worship of its gods.

13 Then Nebuchadnezzar in his rage and fury commanded to bring Shadrach, Meshach, and Abednego. Then they brought these men before the king.

-Quite possibly, along with their disobedience, the jealousy of the Babylonian officials showed itself regarding these certain Jews. These, under Daniel, had been elevated to high positions of power in the empire. Therefore, with great joy, the accusers will point fingers of accusation at these men and demanded that Nebuchadnezzar take steps.

14 Nebuchadnezzar spake and said unto them, Is it true, O Shadrach, Meshach, and Abednego, do not ye serve my gods, nor worship the golden image which I have set up?

-The question “…Is it true…” concerning their refusal to bow is actually asked of every single person in one form or another. The answer has no middle ground. It is either an unprecedented yes or no.

15 Now if ye be ready that at what time ye hear the sound of the cornet, flute, harp, sackbut, psaltery, and dulcimer, and all kinds of musick, ye fall down and worship the image which I have made; well: but if ye worship not, ye shall be cast the same hour into the midst of a burning fiery furnace; and who is that God that shall deliver you out of my hands?

-The king was to quickly find out as to Who that God was.

16 Shadrach, Meshach, and Abednego, answered and said to the king, O Nebuchadnezzar, we are not careful to answer thee in this matter.

-“…we are not careful to answer thee in this matter.” is somewhat clumsy in the English translation. It actually means that it is not something they have to think about or give careful consideration to, as the matter is not open to discussion. It is a decision they made a long time ago, and the consequences are of no concern.

17 If it be so, our God whom we serve is able to deliver us from the burning fiery furnace, and he will deliver us out of thine hand, O king.

-At this stage, they have no assurance that they will be delivered, only that The Lord is able to deliver.

18 But if not, be it known unto thee, O king, that we will not serve thy gods, nor worship the golden image which thou hast set up.

-The words “But if not,…” do not show a lack of faith but only that they are not functioning in the realm of presumption as do many believers.

Nebuchadnezzar Sentences Them to the Fiery Furnace

19 Then was Nebuchadnezzar full of fury, and the form of his visage was changed against Shadrach, Meshach, and Abednego: therefore he spake, and commanded that they should heat the furnace one seven times more than it was wont to be heated.

-To express his wrath and to appease his gods, he will order the furnace to be heated seven-fold hotter. The Babylonians recognized seven planets and seven gods of the planets, one for each, therefore, the number seven may have been used to appease these gods.

20 And he commanded the most mighty men that were in his army to bind Shadrach, Meshach, and Abednego, and to cast them into the burning fiery furnace.

-These mighty men were, no doubt, chosen for a particular reason. The king might be ready to admit that no accumulation of human power could equal divine power, yet it is obvious that these men of might were chosen for the purpose that, despite divine power, at least if such should manifest itself, the royal sentence might still be carried out.

21 Then these men were bound in their coats, their hosen, and their hats, and their other garments, and were cast into the midst of the burning fiery furnace.

-This was, no doubt, done because the king thought that these items of clothing, being of flammable material, would hasten their deaths. Conversely, it did the very opposite, proving the miracle-working power of God.

22 Therefore because the king's commandment was urgent, and the furnace exceeding hot, the flame of the fire slew those men that took up Shadrach, Meshach, and Abednego.

23 And these three men, Shadrach, Meshach, and Abednego, fell down bound into the midst of the burning fiery furnace.

-The furnace was so hot that the mighty men, employed by Nebuchadnezzar, were killed by the excruciating heat.

24 Then Nebuchadnezzar the king was astonied, and rose up in haste, and spake, and said unto his counsellors, Did not we cast three men bound into the midst of the fire? They answered and said unto the king, True, O king.

-The word astonied means terrified. What the king saw terrified him.

25 He answered and said, Lo, I see four men loose, walking in the midst of the fire, and they have no hurt; and the form of the fourth is like the Son of God.

-The original language reads “a Son of God.”

-The constant repetition of the names Shadrach, Meshach, and Abednego is not due to poor sentence structure on the part of The Holy Spirit but is instead, by design. The Holy Spirit desires the world to know that it is was the same three men who went into the fire who also came out of the fire.

27 And the princes, governors, and captains, and the king's counsellors, being gathered together, saw these men, upon whose bodies the fire had no power, nor was an hair of their head singed, neither were their coats changed, nor the smell of fire had passed on them.

-The Babylonian god of fire was iz-bar. Consequently, this event was all the more important to the Babylonians. The God of Israel was thus manifested so much higher than this iz-bar inasmuch that He could deliver His servants, even when in the very element in which iz-bar supposedly had his power.

28 Then Nebuchadnezzar spake, and said, Blessed be the God of Shadrach, Meshach, and Abednego, who hath sent his angel, and delivered his servants that trusted in him, and have changed the king's word, and yielded their bodies, that they might not serve nor worship any god, except their own God.

-There is no evidence, even regarding the statements made by the monarch, that he accepted The Lord at this time. Actually, all evidence is that he did not. This would come at a later date. But still, before all, he acknowledges the supremacy of Jehovah in comparison to his national deities.

29 Therefore I make a decree, That every people, nation, and language, which speak any thing amiss against the God of Shadrach, Meshach, and Abednego, shall be cut in pieces, and their houses shall be made a dunghill: because there is no other God that can deliver after this sort.

-The idea expressed in this verse is that the word spoken against Jehovah might excite His wrath and bring down damage on the empire. Therefore, Nebuchadnezzar was not necessarily jealous for the honor of Jehovah, but rather for the safety of Babylonian supremacy. In this, he at least had more sense than most modern political leaders.

30 Then the king promoted Shadrach, Meshach, and Abednego, in the province of Babylon. 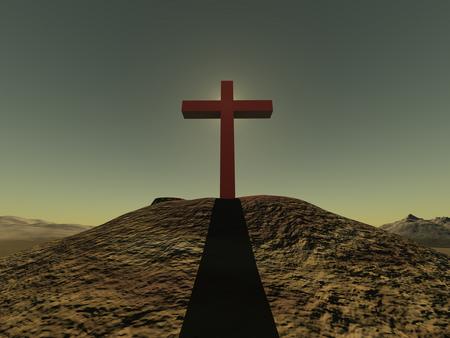