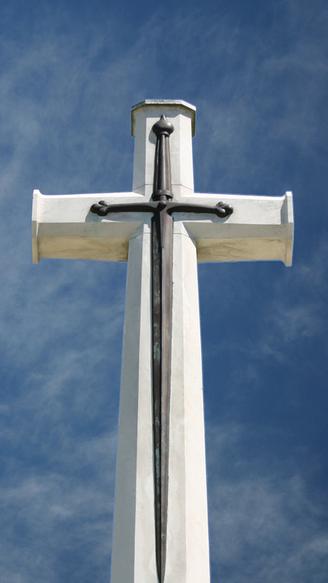 The future of this planet called Earth is very much in the thinking of many people. Global warming is a tremendous part of all of that. Some claim that the climate is gradually getting warmer until it will ultimately bake this planet, thereby, little by little, destroying it completely. Others claim that, instead of a gradual warming, actually, the planet is entering into a time when the temperature is dropping. Those who favor the increase in temperature claim that man is the culprit with his automobiles, etc.

In reality, the Word of God, the Bible, is the only book in the world that gives us the future of this planet called Earth. Admittedly, some dark days are just ahead. It’s called the Great Tribulation. Jesus said that it would be worse than anything this world has ever seen before (Matthew 24:21). However, this terrible time will last for a period of seven years, with the far worst being the last 3 ½ years. During that time, there is a possibility that nearly half of the population will die, however, it will not be caused by global warming, etc. Rather, it will be caused by war, and, as well, The Lord using the elements to bring judgment. In fact, the Scripture says of that particular time, “For the great day of his wrath is come; and who shall be able to stand?” (Revelation 6:17) As well, The Lord has promised that, before this terrible time has come upon the earth, He will take out of this world all who are born again. It’s called the Rapture of the Church (1 Thessalonians 4:13-18). This terrible time will conclude with the Second Coming of The Lord, which will introduce the thousand-year Kingdom Age. Jesus will be ruling, in Person, the entirety of this planet as King of Kings and Lord of Lords for the entirety of its 1,000 years. At that time, the world will know peace and prosperity as it has never known before, and that means the entirety of the world and not just part of it.

The Perfect Age to Come

As wonderful as that thousand-year reign is going to be, it will be nothing by comparison to what is going to take place after that. Actually, the last happening will last forever and forever. God will transfer His headquarters from planet Heaven to planet Earth, where it will remain forever. The mighty oceans, at that time, will be no more, with the world left with rivers, streams, lakes, etc. Where some 5/6 of the planet is now covered by water, that will be reduced to probably 1/6, counting the lakes, rivers, etc.

To give you an example of the greatness and glory of the New Jerusalem that will come down from God out of Heaven, the Scripture tells us that it is approximately 1,500 miles wide and 1,500 miles long. In other words, if you put the southeastern footprint in Dallas, Texas, the southwestern footprint in Los Angeles California, the northwestern footprint in Vancouver, British Columbia, Canada, and the northeastern footprint in Minneapolis, Minnesota, that would be approximately the size of this city. That’s not all; the best is yet to come. Not only will it be 1,500 miles wide and 1,500 miles long, it will also be 1,500 miles high (Revelation 21:16). This is what God has prepared for them who love Him (1 Corinthians 2:9-10). I pray that The Lord will help us in the writing of this book to, at least somewhat adequately, portray the glory and the grandeur of it all, and, yes, it will be eternal. That is the future of planet Earth.

On Jordan’s stormy banks I stand

And cast a wishful eye

To Canaan’s fair and happy land

Where my possessions lie.

Over all those wide, extended plains

There, God The Son forever reigns

And scatters night away.

No chilling winds nor poisonous breath

Can reach that healthful shore,

Sickness and sorrow, pain and death

Are felt and feared no more.

When shall I reach that happy place

And be forever blessed?

When shall I see my Father’s face

And in His bosom rest?