534 BC The Great Tribulation

1 And at that time shall Michael stand up, the great prince which standeth for the children of thy people: and there shall be a time of trouble, such as never was since there was a nation even to that same time: and at that time thy people shall be delivered, every one that shall be found written in the book.

-Michael is the great archangel. He is also referred to as the great prince. He is the lord protector of Israel “…which standeth for the children of thy people:…” If not for Michael, Israel would, no doubt, be annihilated at this time. “…a time of trouble, such as never was since there was a nation even to that same time:…” is the same thing Jesus would say and concerns the last 3 ½ years of the Great Tribulation (Matthew 24:21). “…and at that time thy people shall be delivered, every one that shall be found written in the book.” refers to the translation of the 144,000 Jews at approximately the middle of the Great Tribulation. This is the man child of Revelation 12:5. Exactly how these 144,000 Jews will find Christ as their Savior, especially during the first half of the Great Tribulation when Israel, in fact, will think the antichrist is the messiah, is unknown at present. However, if the Bible says it will happen, which it definitely does, then this will happen. There is no mention here of the church, except possibly verse 3. The reason is simple. These prophecies have to do with “thy people”(Daniel 10:14). The book spoken of is the Book of Life (Revelation 22:18-19).

2 And many of them that sleep in the dust of the earth shall awake, some to everlasting life, and some to shame and everlasting contempt.

-There are two resurrections pointed to in this verse. These are separated by a long period of 1,000 years (Revelation 20:3, 5-6; John 5:28). Those who will be resurrected to everlasting life speak of the first resurrection which pertains to every believer who has ever lived from the time of Abel forward. This is when the church will be raptured (1 Thessalonians 4:13-18). The second resurrection, which is the resurrection of damnation, will take place approximately 1,000 years after the first resurrection, actually, at the end of the Millennium. It will include all the wicked who have died from the very beginning. This will be the time of the Great White Throne Judgment (Revelation 20:4-6; 11-15).

Rewards for the Righteous

3 And they that be wise shall shine as the brightness of the firmament; and they that turn many to righteousness as the stars for ever and ever.

-The wise are they who live for God and do everything they can to take the Gospel to others.

Sealing the Prophecies for Future Fulfillment

4 But thou, O Daniel, shut up the words, and seal the book, even to the time of the end: many shall run to and fro, and knowledge shall be increased.

-“But thou, O Daniel, shut up the words, and seal the book,…” means that Daniel has been given the entire blueprint concerning the fate of Israel, and nothing else is to be said. The phrase “…even to the time of the end:…” has reference to the fact that the prophecies, recently given by Daniel, have reference to the end time. “…many shall run to and fro, and knowledge shall be increased.” refers to the tremendous increase in technology, which made its great debut at the beginning of the 20th century. It also refers to the knowledge of the Word of God being greatly increased in these last days, especially knowledge concerning Bible prophecy.

-Daniel is speaking of the river Hiddekel i.e., the Tigris, which is close to the Euphrates. The “other two” spoken here probably refer to angels with no identification given.

6 And one said to the man clothed in linen, which was upon the waters of the river, How long shall it be to the end of these wonders?

7 And I heard the man clothed in linen, which was upon the waters of the river, when he held up his right hand and his left hand unto heaven, and sware by him that liveth for ever that it shall be for a time, times, and an half; and when he (the antichrist) shall have accomplished to scatter the power of the holy people, all these things shall be finished.

-The swearing of this Man proves him to be a Divine Person, for not one time in Scripture does an ordinary angel make an oath to God or man. “…that it shall be for a time, times, and a half;…” refers to three and a half years. This is the last half of the Tribulation Period when tremendous persecution will be brought to bear upon Israel by the antichrist. Therefore, The Lord Himself gives the time that these things will happen. “…and when he shall have accomplished to scatter the power of the holy people,…” refers to the antichrist attempting to destroy Israel, but in fact, only scattering them.

8 And I heard, but I understood not: then said I, O my Lord, what shall be the end of these things?

9 And he said, Go thy way, Daniel: for the words are closed up and sealed till the time of the end.

-This verse declares that these prophecies belong to the future. However, and note this well, the time of the end is now very close. The word “end” does not mean the end of the world, but instead, the end of these things i.e., the prophecies concerning Israel in the last days.

-“Many shall be purified, and made white, and tried;…” could refer to the church but could also refer to the 144,000 Jews who will come to Christ during the first half of the Great Tribulation. “…none of the wicked shall understand;…” refers to the world not at all understanding the vision or even caring about it. “…but the wise shall understand.” refers to the few who truly know The Lord and who avidly search the Scriptures, believing them to be the very Word of God.

11 And from the time that the daily sacrifice shall be taken away (at the midpoint of the Great Tribulation), and the abomination that maketh desolate set up (refers back to Daniel 8:9-12), there shall be a thousand two hundred and ninety days.

12 Blessed is he that waiteth, and cometh to the thousand three hundred and five and thirty days.

13 But go thou thy way till the end be: for thou shalt rest, and stand in thy lot at the end of the days.

-“But go thou way till the end be:…” refers to Daniel dying and then being a part of the first resurrection of life. Until that time, Christ said, “…thou shall rest,…” The phrase “…and stand in thy lot at the end of the days.” refers to Daniel having a part in the glorious things that will take place after the Second Coming. 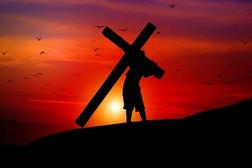