1 Belshazzar (not to be confused with the name given to Daniel in Babylon which is Belteshazzar) the king, made a great feast to a thousand of his lords, and drank wine before the thousand.

2 Belshazzar, whiles he tasted the wine, commanded to bring the golden and silver vessels which his father Nebuchadnezzar had taken out of the temple which was in Jerusalem; that the king, and his princes, his wives, and his concubines, might drink therein.

-The contempt shown by this man was double:
A. to use these sacred vessels at all
B. to use them as a sacrifice to heathen gods

3 Then they brought the golden vessels that were taken out of the temple of the house of God which was at Jerusalem; and the king, and his princes, his wives, and his concubines, drank in them.

4 They drank wine, and praised the gods of gold, and of silver, of brass, of iron, of wood, and of stone.

The Handwriting on the Wall

5 In the same hour came forth fingers of a man's hand, and wrote over against the candlestick upon the plaister of the wall of the king's palace: and the king saw the part of the hand that wrote.

-This is the same “hand” which inscribed the Ten Commandments on two tablets of stone, and which wrote on the ground concerning a poor, accused woman (John 8:6, 8).

6 Then the king's countenance was changed, and his thoughts troubled him, so that the joints of his loins were loosed, and his knees smote one against another.

-“…and his knees smote one against another.” shows him now to be dead sober but stricken with fear.

7 The king cried aloud to bring in the astrologers, the Chaldeans, and the soothsayers. And the king spake, and said to the wise men of Babylon, Whosoever shall read this writing, and shew me the interpretation thereof, shall be clothed with scarlet, and have a chain of gold about his neck, and shall be the third ruler in the kingdom.

8 Then came in all the king's wise men: but they could not read the writing, nor make known to the king the interpretation thereof.

-These astrologers, Chaldeans, and soothsayers will do him no more good than they had done Nebuchadnezzar, his grandfather. “…Whosoever shall read this writing,…” seems to prove that this language was not Chaldea or even Hebrew. There is no indication as to what the language was.

9 Then was king Belshazzar greatly troubled, and his countenance was changed in him, and his lords were astonied.

-The world astonied refers to tremendous fear resulting in uncontrolled trembling of the body with possibly even the loss of bodily functions.

10 Now the queen, by reason of the words of the king and his lords, came into the banquet house: and the queen spake and said, O king, live for ever: let not thy thoughts trouble thee, nor let thy countenance be changed:

-It seems that the “queen” was not present during the revelry but only came into the banquet house upon hearing of the strange phenomenon.

11 There is a man in thy kingdom, in whom is the spirit of the holy gods; and in the days of thy father light and understanding and wisdom, like the wisdom of the gods, was found in him; whom the king Nebuchadnezzar thy father, the king, I say, thy father, made master of the magicians, astrologers, Chaldeans, and soothsayers;

-This signifies that the queen, Belshazzar’s mother, knew Daniel, however, it seems that Belshazzar did not know him, only having heard of him. At this time, Daniel was probably between 70 and 80 years old.

12 Forasmuch as an excellent spirit, and knowledge, and understanding, interpreting of dreams, and shewing of hard sentences, and dissolving of doubts, were found in the same Daniel, whom the king named Belteshazzar: now let Daniel be called, and he will shew the interpretation.

“Forasmuch as an excellent spirit,…” proves that she probably had spent considerable time being taught by Daniel and had been greatly impressed by the Christlike spirit radiating from him. She had no faith in the astrologers, Chaldeans, and soothsayers, but she had faith in Daniel (Isaiah 11:2).

13 Then was Daniel brought in before the king. And the king spake and said unto Daniel, Art thou that Daniel, which art of the children of the captivity of Judah, whom the king my father brought out of Jewry?

-“Then was Daniel brought in…” shows the king, true to fallen man’s unchanging action, seeking help from God as the last resource and not the first, but even then, the great big, pompous fool condescendingly says, “I have even heard of thee,…” (verse 14). Furthermore, he does not add that “The Spirit of the Holy God is with you.” As the queen mother had said, but rather that “…the spirit of the gods is in thee,…”

14 I have even heard of thee, that the spirit of the gods is in thee, and that light and understanding and excellent wisdom is found in thee.

-And yet, he had never consulted Daniel.

16 And I have heard of thee, that thou canst make interpretations, and dissolve doubts: now if thou canst read the writing, and make known to me the interpretation thereof, thou shalt be clothed with scarlet, and have a chain of gold about thy neck, and shalt be the third ruler in the kingdom.

-It is sad, but the modern church, as Belshazzar, is promising the same thing.

17 Then Daniel answered and said before the king, Let thy gifts be to thyself, and give thy rewards to another; yet I will read the writing unto the king, and make known to him the interpretation.

-Here, Daniel refuses the lust of the flesh and the eyes and the pride of life.

18 O thou king, the most high God gave Nebuchadnezzar thy father a kingdom, and majesty, and glory, and honour:

-Daniel emphatically states that the might, majesty, splendor, glory, and greatness of the Babylonian empire were all because of “…the most high God…” and not these foolish idols.

20 But when his heart was lifted up, and his mind hardened in pride, he was deposed from his kingly throne, and they took his glory from him:

-Daniel is telling the king that his grandfather’s pride caused him to be deposed from his kingly throne and likewise, the same is about to happen to Belshazzar. However, Nebuchadnezzar repented and was restored, whereas his grandson showed no inclination whatsoever toward repentance, and therefore was not restored.

And here are the results of the unrepentant heart, refusal of deliverance:

21 And he was driven from the sons of men; and his heart was made like the beasts, and his dwelling was with the wild asses: they fed him with grass like oxen, and his body was wet with the dew of heaven; till he knew that the most high God ruled in the kingdom of men, and that he appointeth over it whomsoever he will.

-Daniel, with words of burning power, thrust the Sword of the Spirt into the king’s heart and conscience.

22 And thou his son, O Belshazzar, hast not humbled thine heart, though thou knewest all this;

-Due to the peculiarity of the Chaldea, the phrase “his son” is literally “his grandson.”

23 But hast lifted up thyself against the Lord of heaven; and they have brought the vessels of his house before thee, and thou, and thy lords, thy wives, and thy concubines, have drunk wine in them; and thou hast praised the gods of silver, and gold, of brass, iron, wood, and stone, which see not, nor hear, nor know: and the God in whose hand thy breath is, and whose are all thy ways, hast thou not glorified:

-All the sins of Belshazzar and his lords and ladies could be summed up in the last line of this verse concerning the Lord of Glory of Whom it was said “…hast thou not glorified:”

24 Then was the part of the hand sent from him; and this writing was written.

-It seems that the fingers of a hand were still on the wall, poised in midair, which would have been a fearful sight. “…and this writing was written.” signifies such that cannot be changed. It is from Jehovah, therefore unalterable.

25 And this is the writing that was written, MENE, MENE, TEKEL, UPHARSIN.

-The repetition of the word “MENE” announced the immediateness of the doom.

Now we see another demonstration of the Daniel anointing:

Daniel Interprets the Writing on the Wall

26 This is the interpretation of the thing: MENE; God hath numbered thy kingdom, and finished it.

-Actually the word MENE being repeated twice, means “numbered numbered.” The repetition was for the sake of emphasis and to declare, as stated, the immediate fulfillment, which did occur.

27 TEKEL; Thou art weighed in the balances, and art found wanting.

-The world “TEKEL” means weighed which demonstrates no integrity.

28 PERES; Thy kingdom is divided, and given to the Medes and Persians.

-There is no contradiction in the scripture. The word ‘UPHARSIN” or “PHARSIN” is the plural of “PERES” meaning “division.” So, it means that the great Babylonian empire will be split up and given to the Medes and Persians.

-No Cross equals no integrity equals no kingdom authority and power of The Cross and the five-fold leadership.

-The Septuagint says “Numbered is the time of your kingdom, ceases your kingdom, cut short and ended has been your kingdom. To the Medes and Persians has it been given.” (This of course, is a result of self and pride.)

29 Then commanded Belshazzar, and they clothed Daniel with scarlet, and put a chain of gold about his neck, and made a proclamation concerning him, that he should be the third ruler in the kingdom.

-Even though Belshazzar did treat Daniel with kindness and respect, there is no evidence that he repented even in the face of impending doom.

30 In that night was Belshazzar the king of the Chaldeans slain.

-“In that night…” refers to the very night of the drunken feast and the handwriting on the wall.

31 And Darius the Median took the kingdom, being about threescore and two years old.

-He was 62 years old. (Prideful apostate kingdom, filled with pride and self, built in animosity against The Cross because The Cross is all Christ, and none of self – Luke 9:23) 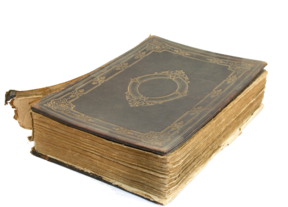