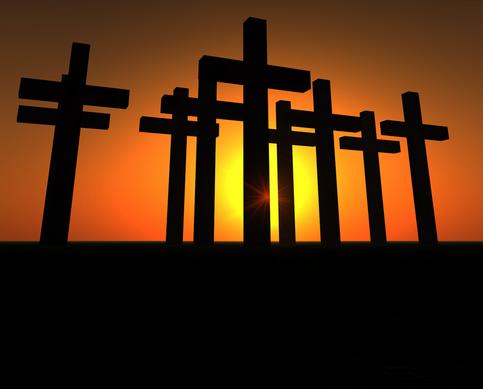 3 Then I lifted up mine eyes, and saw, and, behold, there stood before the river a ram which had two horns: and the two horns were high; but one was higher than the other, and the higher came up last.

-“…a ram which had two horns:…” symbolized the Medo-Persian empire, ruled by two kings, Darius of the Medes, and Cyrus of Persia. “…and the two horns were high;…” spoke of their power which was great enough to overthrow the mighty Babylonian empire to which they had been subject for many years. The phrase “…but one was higher than the other, and the higher came up last.” pertains to Persia developing after the Median empire but ultimately growing into the stronger of the two.

4 I saw the ram pushing westward, and northward, and southward; so that no beasts might stand before him, neither was there any that could deliver out of his hand; but he did according to his will, and became great.

-The ram is used here by The Holy Spirit as symbolic of the empire of the Medes and the Persians. “I saw the ram pushing westward…” refers to an event of the recent past, the taking of Babylon, and northward refers to Lydia, while southward refers to Egypt.

The He Goat: Grecia

5 And as I was considering, behold, an he goat came from the west on the face of the whole earth, and touched not the ground: and the goat had a notable horn between his eyes.

-In Nebuchadnezzar’s dream, the Grecian empire is represented by the belly and thighs of brass. In Daniel’s first vision in Chapter 7, a leopard with four wings and also four hands symbolized this empire. In this vision, it is symbolized by an he goat. The phrase “and touched not the ground:…” refers to the speed of Alexander’s conquests which were symbolized in the first vision by a leopard with four wings. In 13 years, he conquered the whole known world. The “notable horn” refers to its first king, Alexander the Great.

6 And he came to the ram that had two horns, which I had seen standing before the river, and ran unto him in the fury of his power.

-The fury of his power portrays the speed of his conquests and the ferociousness of his attack, plus military strategy that completely overwhelmed the much larger force of the Medes and Persians.

7 And I saw him come close unto the ram, and he was moved with choler against him, and smote the ram, and brake his two horns: and there was no power in the ram to stand before him, but he cast him down to the ground, and stamped upon him: and there was none that could deliver the ram out of his hand.

-As Daniel sees this, of course, it is yet future. The word “choler” means that Alexander was greatly angry at the Medo-Persians.

8 Therefore the he goat waxed very great: and when he was strong, the great horn was broken; and for it came up four notable ones toward the four winds of heaven.

-“…and when he was strong, the great horn was broken;…” refers to the untimely death of Alexander the Great in 323BC when he was at the apex of his strength. He was 32 when he died. “…and for it came up four notable ones toward the four winds of heaven.” is referring to his kingdom being split into four parts upon his death.

10 And it waxed great, even to the host of heaven; and it cast down some of the host and of the stars to the ground, and stamped upon them.

-“…And it waxed great, even to the host of heaven;” refers to the little horn, the antichrist, breaking his seven-year covenant with Israel which Daniel speaks of in a future vision (Daniel 9:27), actually declaring war on Israel at that time, seeking to destroy her. This is symbolized by the phrase “…and it (little horn) cast down some of the host and of the stars to the ground, and stamped upon them.” referring to Israel being defeated at that time which is yet future.

11 Yea, he magnified himself even to the prince of the host, and by him the daily sacrifice was taken away, and the place of his sanctuary was cast down.

-“Yea, he magnified himself even to the prince of the host,…” refers to the antichrist usurping authority over the high priest of Israel. These verses actually speak of the war which will be instituted by the antichrist when he breaks his seven-year covenant with Israel and other countries, actually invading the “pleasant land.” He will defeat Israel and stop the daily sacrifices which will have been instituted by Israel after a lapse of approximately 2,000 years. This tells us that the Jewish temple is going to be rebuilt.

12 And an host was given him against the daily sacrifice by reason of transgression, and it cast down the truth to the ground; and it practised, and prospered.

-“…by reason of the transgression,…” refers to the antichrist breaking his seven-year covenant with Israel, therefore committing transgression. As stated, he will then stop the daily sacrifice. “…and it practised, and prospered.” refers to the fact that much of the world will applaud him in these actions.

13 Then I heard one saint speaking, and another saint said unto that certain saint which spake, How long shall be the vision concerning the daily sacrifice, and the transgression of desolation, to give both the sanctuary and the host to be trodden under foot?

-These are saints in Heaven. Daniel overheard their conversation but had no identification as to who they were. The sanctuary spoken of here is the rebuilt temple. “…the host to be trodden under foot?...” refers to the worshipers with their worship stopped as well as the high priest and associating priests abruptly stopping their duties, if not being killed. This is when the antichrist invades Israel, in the middle of the seven-year tribulation period. (Daniel 9:27)

14 And he said unto me, Unto two thousand and three hundred days; then shall the sanctuary be cleansed.

-This verse makes reference to 2,300 evenings and mornings (verses 11-13, 26). As there are two sacrifices a day, cutting that in half, which has reference to the number of days, the number is 1,150. In Daniel’s day, the years were counted as 360 days long instead of our present method of using 365 days. Hence, the three years, two months and 10 days are the whole and actual length of the doing away of the daily sacrifices in the temple before they are offered again by the Jews, when the sanctuary is cleansed of the abomination of desolation. Jesus mentioned this in Matthew 24:15-16.

15 And it came to pass, when I, even I Daniel, had seen the vision, and sought for the meaning, then, behold, there stood before me as the appearance of a man.

-This is actually the mighty angel, Gabriel, who stands in the presence of God (Luke 1:19).

16 And I heard a man's voice between the banks of Ulai, which called, and said, Gabriel, make this man to understand the vision.

-It is not known whether the man’s voice spoken of here refers to an angel or a redeemed man. At any rate, he will inform Gabriel that he is to make Daniel to understand the vision.

17 So he came near where I stood: and when he came, I was afraid, and fell upon my face: but he said unto me, Understand, O son of man: for at the time of the end shall be the vision.

-“…for at the time of the end shall be the vision.” refers to the end time, namely the very days in which we now live extending into the immediate future.

18 Now as he was speaking with me, I was in a deep sleep on my face toward the ground: but he touched me, and set me upright.

-“…my face toward the ground:…” is not by accident. Daniel senses his tremendous unworthiness, especially in such presence.

19 And he said, Behold, I will make thee know what shall be in the last end of the indignation: for at the time appointed the end shall be.

20 The ram which thou sawest having two horns are the kings of Media and Persia.

-Daniel served in this empire for a number of years before his death.

The He Goat: Grecia

21 And the rough goat is the king of Grecia: and the great horn that is between his eyes is the first king.

-The great horn is Alexander the Great.

22 Now that being broken, whereas four stood up for it, four kingdoms shall stand up out of the nation, but not in his power.

23 And in the latter time of their kingdom, when the transgressors are come to the full, a king of fierce countenance, and understanding dark sentences, shall stand up.

-“And in the latter time of their kingdom,…” pertains to the coming of the antichrist. “…when the transgressors are come to the full,…” refers to the nation of Israel reaching the climax of her guilt by accepting the antichrist instead of Christ as predicted by The Lord Himself in John 5:43. “…a king of fierce countenance, and understanding dark sentences, shall stand up.” proclaims the antichrist having a majestic presence and super-human knowledge, which is inspired of satan.

The Little Horn’s Power and War on the Saints

His Exaltation and War with the Messiah

25 And through his policy also he shall cause craft to prosper in his hand; and he shall magnify himself in his heart, and by peace shall destroy many: he shall also stand up against the Prince of princes; but he shall be broken without hand.

The Time of the Vision

26 And the vision of the evening and the morning which was told is true: wherefore shut thou up the vision; for it shall be for many days.

-“…for it shall be for many days.” signifies that the vision from Daniel’s day would be a long time in coming to fulfillment. Actually, it has not yet been fulfilled, but it most definitely shall be in the near future.

27 And I Daniel fainted, and was sick certain days; afterward I rose up, and did the king's business; and I was astonished at the vision, but none understood it.

-“…but none understood it.” refers to the fact that the comprehension of the events in the distant future was difficult. Presently, in the light of the history of many of these things, especially considering that they are beginning now to come to pass, our understanding of these things, which the angel Gabriel intended, is being enlightened.

​-The phrase “In the third year of the reign of king Belshazzar…” means that this vision was given some two years after the vision in chapter 7. Consequently, this was not long before the overthrow of the Babylonian empire as described in Chapter 5. So, chronologically, both Chapters 7 and 8 preceded Chapter 6.

-Shushan was the chief city of Persia.