538 BC The Plot Against Daniel

1 It pleased Darius to set over the kingdom an hundred and twenty princes, which should be over the whole kingdom;

-The number of princes fluctuated according to need. A short time before, it was 127 (Esther 1:1).

2 And over these three presidents; of whom Daniel was first: that the princes might give accounts unto them, and the king should have no damage.

-This portrays the fact that Daniel was the most powerful man in the world after Darius.

3 Then this Daniel was preferred above the presidents and princes, because an excellent spirit was in him; and the king thought to set him over the whole realm.

-This also gives the reason for the jealousy exhibited in verses 4 and 5.

4 Then the presidents and princes sought to find occasion against Daniel concerning the kingdom; but they could find none occasion nor fault; forasmuch as he was faithful, neither was there any error or fault found in him.

-At this time, Daniel was upwards of 80 years of age. He was just as faithful to Truth in his old age as when he was a young man. His enemies, no doubt, hated him because of his determined opposition to bribery and corruption and most of all because of his attachment to the Word of God.

5 Then said these men, We shall not find any occasion against this Daniel, except we find it against him concerning the law of his God.

-Even his enemies could not find any occasion of fault in him. What a testimony!

6 Then these presidents and princes assembled together to the king, and said thus unto him, King Darius, live for ever.

-The phrase “…these presidents…” refers to those other than Daniel i.e., the ones plotting against him. In fact, the entire conspiracy is the work of Daniel’s co-presidents.

7 All the presidents of the kingdom, the governors, and the princes, the counsellors, and the captains, have consulted together to establish a royal statute, and to make a firm decree, that whosoever shall ask a petition of any God or man for thirty days, save of thee, O king, he shall be cast into the den of lions.

-Their plot was well-conceived.

8 Now, O king, establish the decree, and sign the writing, that it be not changed, according to the law of the Medes and Persians, which altereth not.

-The king, no doubt, was perfectly agreeable with this, especially considering that religion was so much a part of national life and was the secret of his success, or so he thought. In his mind, the proper gods of the Medes and Persians would be suitably worshiped, and the foreign deities would be put in their proper place of submission. Therefore, he willingly signed the “decree.”

9 Wherefore king Darius signed the writing and the decree.

-The king would have signed this giving little, if any thought to Daniel whatsoever. He probably reasoned that inasmuch as the temple of Jerusalem was in ruins, and that Daniel did not pray to idols, that he could make no objection to this order, so the king signed it.

The Steadfastness of Daniel

10 Now when Daniel knew that the writing was signed, he went into his house; and his windows being open in his chamber toward Jerusalem, he kneeled upon his knees three times a day, and prayed, and gave thanks before his God, as he did aforetime.

-“…and his windows being open in his chamber toward Jerusalem,…” implied that he prayed toward Jerusalem constantly. There was a reason for this, which had nothing to do with the New Covenant. It is obvious that Daniel was a man of prayer three times a day.

11 Then these men assembled, and found Daniel praying and making supplication before his God.

-In fact, Daniel was the very reason for the plot.

12 Then they came near, and spake before the king concerning the king's decree; Hast thou not signed a decree, that every man that shall ask a petition of any God or man within thirty days, save of thee, O king, shall be cast into the den of lions? The king answered and said, The thing is true, according to the law of the Medes and Persians, which altereth not.

-The law of the Medes and Persians, once stated, was supposed to be unalterable.

13 Then answered they and said before the king, That Daniel, which is of the children of the captivity of Judah, regardeth not thee, O king, nor the decree that thou hast signed, but maketh his petition three times a day.

-Now they lie about Daniel claiming that he has no regard for the king.

14 Then the king, when he heard these words, was sore displeased with himself, and set his heart on Daniel to deliver him: and he laboured till the going down of the sun to deliver him.

-His efforts were directed to find some way out of the constitutional dilemma into which he was trapped. He probably now full well realizes the extend of this trap set for Daniel and his own unwitting complicity.

15 Then these men assembled unto the king, and said unto the king, Know, O king, that the law of the Medes and Persians is, That no decree nor statute which the king establisheth may be changed.

-While it was true that the king could not save Daniel, still The Lord could and did.

Daniel in the Lion’s Den, The Gift of Faith

16 Then the king commanded, and they brought Daniel, and cast him into the den of lions. Now the king spake and said unto Daniel, Thy God whom thou servest continually, he will deliver thee.

-There are some who believe that this “Darius” was “Astyages” who, some years before, had married Esther, choosing her has his queen. If that, in fact, was true, Darius would have had some knowledge about God.

17 And a stone was brought, and laid upon the mouth of the den; and the king sealed it with his own signet, and with the signet of his lords; that the purpose might not be changed concerning Daniel.

-The king sealing the “stone” with his own “signet” would serve the purpose of God. When Daniel was delivered, none could say it’s a trick that had been played, and Daniel escaped accordingly.

18 Then the king went to his palace, and passed the night fasting: neither were instruments of musick brought before him: and his sleep went from him.

-As the night descends, the king realizes what a foolhardy thing he has allowed himself to be led into.

19 Then the king arose very early in the morning, and went in haste unto the den of lions.

-The actions of the king portray, graphically so, his regard and love for Daniel.

20 And when he came to the den, he cried with a lamentable voice unto Daniel: and the king spake and said to Daniel, O Daniel, servant of the living God, is thy God, whom thou servest continually, able to deliver thee from the lions?

-There is some indication that the king took with him these “presidents” and others who had maneuvered him into the signing of this decree. Thus, they all stand before the lion’s den in the early morning hour.

21 Then said Daniel unto the king, O king, live for ever.

-The trap is now sprung, but not on Daniel, but rather, on his enemies.

22 My God hath sent his angel, and hath shut the lions' mouths, that they have not hurt me: forasmuch as before him innocency was found in me; and also before thee, O king, have I done no hurt.

-The phrase “My God hath sent his angel,…” insinuates that Daniel saw this angel sent to him.

23 Then was the king exceeding glad for him, and commanded that they should take Daniel up out of the den. So Daniel was taken up out of the den, and no manner of hurt was found upon him, because he believed in his God.

24 And the king commanded, and they brought those men which had accused Daniel, and they cast them into the den of lions, them, their children, and their wives; and the lions had the mastery of them, and brake all their bones in pieces or ever they came at the bottom of the den.

-Daniel had no more say regarding the king’s command to cast these men and their families into the lion’s den than he had over his own situation.

The Decree by Darius

25 Then king Darius wrote unto all people, nations, and languages, that dwell in all the earth; Peace be multiplied unto you.

-The Septuagint says, “Then Darius wrote to all the nations and tongues and countries dwelling in all the land, saying let all men who are in my kingdom stand and worship and serve the God of Daniel, for He alone abides and lives to generation of generations forever. I, Darius, will worship and serve Him all my days, for none of the idols that are made with hands are able to deliver as the God of Daniel did Daniel.”

26 I make a decree, That in every dominion of my kingdom men tremble and fear before the God of Daniel: for he is the living God, and stedfast for ever, and his kingdom that which shall not be destroyed, and his dominion shall be even unto the end.

-His statement concerning “…his kingdom…” and “…his dominion…”, and their eternal consequence, portrays a knowledge which could only be acquired by careful observation.

27 He delivereth and rescueth, and he worketh signs and wonders in heaven and in earth, who hath delivered Daniel from the power of the lions.

-Despite the unbelief of religious dignitaries and the disavow of much of the Word of God, God still “delivers” and “rescues”, and He will do it for any and all who will dare to believe Him.

-There is every evidence that “Cyrus the Persian” was the son of Darius and Esther and was brought up in Jewish training and taught about God and His Word. 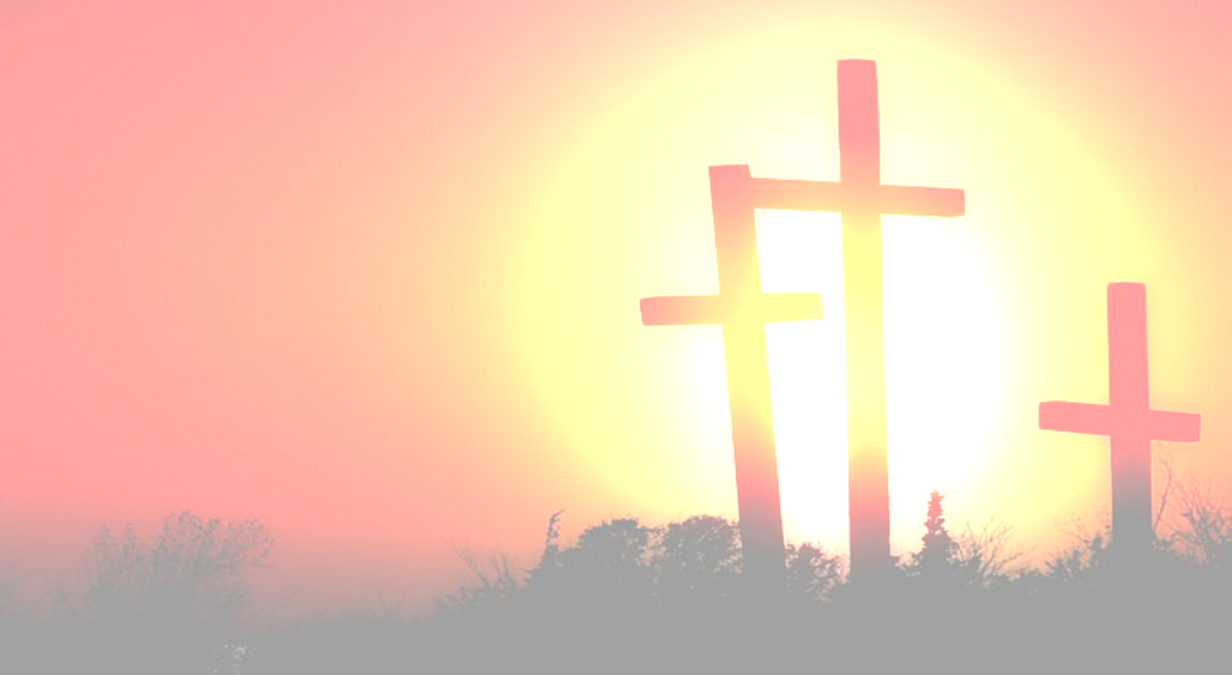